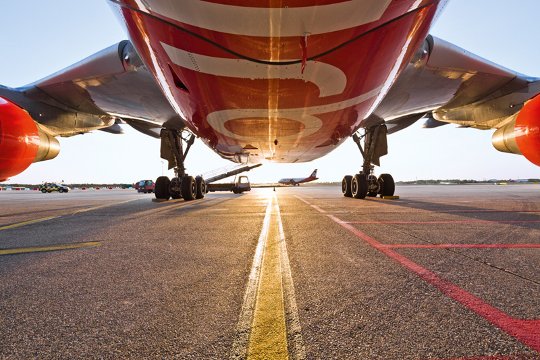 Germany’s second largest airline has again scored top marks for regularity, with 99.5 percent of services flown in 2015. In aviation, regularity is a measure of the number of flights flown in relation to flights cancelled. In spite of the strike actions that dominated the aviation sector, and concrete effects amongst the direct competition, airberlin was able to serve its passengers with exceptional reliability, as affirmed by the small number of cancelled flights compared with the industry average.

Oliver Lackmann, Chief Flight Operations Officer at airberlin: „I am delighted that airberlin won an above-average regularity score for the industry, and that this is paying off in terms of customer satisfaction”. In addition to a first-class product and an attractive route network, airberlin has kept passengers happy with excellent reliability. We are constantly working to improve processes at our operations centre and other processes on the ground and in the air, so that we maintain this edge over the international competition”.

airberlin scored among the world’s 15 most punctual airlines last year, according to the „on-time performance” (punctuality) score awarded by the website flightstats.com, a leading portal for flight data analysis. airberlin is making every effort at its operations centre to maintain the utmost reliability, especially in comparison with German competitors such as Eurowings.