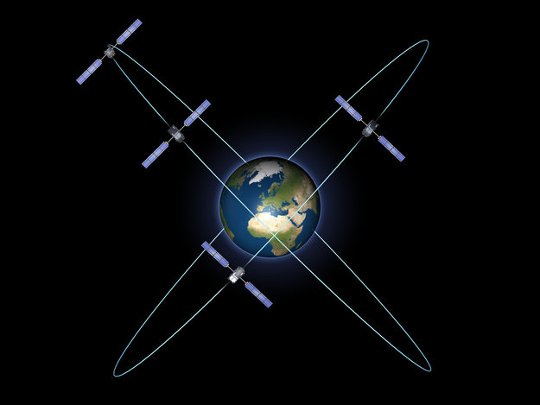 The in-orbit validation of Galileo has been achieved: Europe now has the operational nucleus of its own satellite navigation constellation in place – the world’s first civil-owned and operated satnav system.

In 2011 and 2012 the first four satellites were launched into orbit. Four is the minimum number needed to perform navigation fixes.

In the following year, these satellites were combined with a growing global ground infrastructure to allow the project to undergo its crucial In-Orbit Validation phase: IOV.

“IOV was required to demonstrate that the future performance that we want to meet when the system is deployed is effectively reachable,” says Sylvain Loddo, ESA’s Galileo Ground Segment Manager.

“It was an intermediate step with a reduced part of the system to effectively give evidence that we are on track.”

On 12 March 2013, Galileo’s space and ground infrastructure came together for the very first time to perform the historic first determination of a ground location, taking place at ESA’s Navigation Laboratory in the ESTEC technical centre, in Noordwijk, the Netherlands.

From this point, generation of navigation messages enabled full testing of the entire Galileo system. A wide variety of tests followed, carried out all across Europe.

“More than 10 000 km were driven by test vehicles in the process of picking up signals, along with pedestrian and fixed receiver testing. Many terabytes of IOV data were gathered in all.”

Galileo positioning performance
The single most important finding from the test results? Galileo works, and it works well. The entire self-sufficient system has been shown as capable of performing positioning fixes across the planet.

Galileo’s observed dual-frequency positioning accuracy is an average 8 m horizontal and 9 m vertical, 95% of the time. Its average timing accuracy is 10 billionths of a second – and its performance is set to sharpen as more satellites are launched and ground stations come on line.

For Galileo’s search and rescue function – operating as part of the existing international Cospas–Sarsat programme – 77% simulated distress locations can be pinpointed within 2 km, and 95% within 5 km.

All alerts are detected and forwarded to the Mission Control Centre within a minute and a half, compared to a design requirement of 10 minutes.

“Europe has proven with IOV that in terms of performance we are at a par with the best international systems of navigation in the world,” comments Didier Faivre, ESA Director of Galileo and Navigation-related Activities.