Embraer today announced the debut of the E190 jet in Japan with J-AIR, subsidiary of leading carrier Japan Airlines. The inaugural revenue flight took place between Osaka (Itami Airport) and Kagoshima. The entry of the first E190 in J-AIR’s fleet brings the current number of E-Jets operating across Japan to 28. “The E-Jets have proven … Czytaj dalej 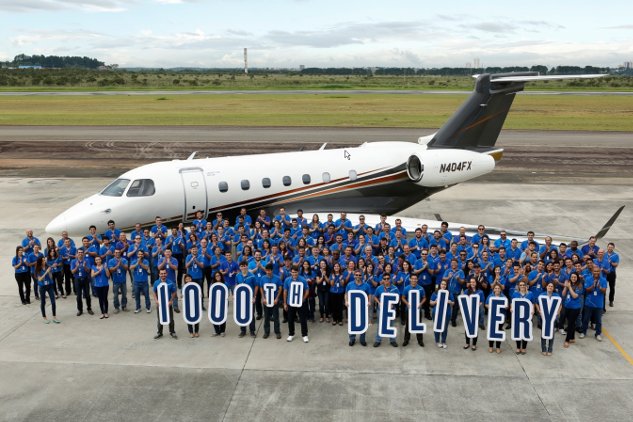 Embraer and Horizon Air have signed a firm order for 30 E175 jets. The contract also includes options for another 33 aircraft of the same model. The value of the contract, which will be included in Embraer’s 2016 second-quarter backlog, is USD 2.8 billion, based on current list prices, if all the options are exercised. … Czytaj dalej Embraer Defense & Security announced today that it has selected the German company Rheinmetall Defence Electronics Simulation and Training to develop and deliver the Training Media Suite for the KC-390 military transport jet. “We are looking forward to build further on our recent fruitful cooperation and are confident that our partnership with Rheinmetall will result … Czytaj dalej Embraer, the world’s leading manufacturer of commercial jets up to 130 seats, today (25.02) took a step in the consolidation of its leadership by presenting the E190-E2, the first E2 jet – Embraer´s second generation of the E-Jets family of commercial aircraft. The aircraft´s maiden flight is scheduled for the second half of 2016, with … Czytaj dalej