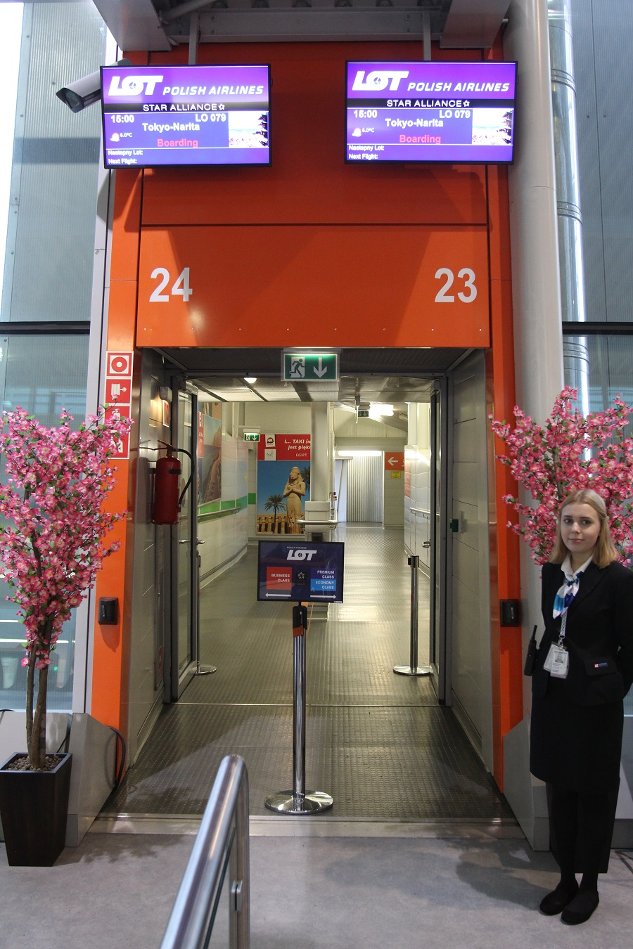 A 10-hour flight from Warsaw to Tokyo is the most convenient and most efficient way of travelling on this route for passengers from Poland and other CEE-countries. The departures from Tokyo are held on each Wednesday, Friday and Sunday, and the return flights to Warsaw take place from Narita Airport on each Thursday, Saturday and Monday, according to the following schedule:

One of the greatest strengths of the connection to Tokyo is an extremely short travel time not only from Poland, but also from other countries in Central Europe. The interchanges in Warsaw will be much more comfortable and faster than those offered by large and overcrowded hub airports in the Western Europe.

‘The travel time from Warsaw to Tokyo is 2 hours shorter compared to the travel time of started in Paris or London. For all transfer passengers in Warsaw we offer an extremely short transfer time, often lasting less than 1 hour! It all makes passengers already choose LOT and the connection to Tokyo is a big success’, says Marcin Celejewski, acting CEO at LOT Polish Airlines.

‘The opening of the connection to Tokyo is particularly important for us. It symbolically inaugurates the implementation of our strategy, the fight for a market share and passengers. We develop our offer of the airport hub. We are close to the needs of the passengers and we always offer a pleasant journey at an affordable price’, adds Celejewski.

‘We are very pleased that LOT – after two years of sacrifices – begins to restore its strong position at Warsaw Chopin Airport and on the international markets. It is our mutual interest. The expansion of our national carrier increases the passenger numbers handled at the largest airport in Poland and thus, our importance in the whole region of the Central and Eastern Europe. And that’s exactly what we want’ , adds the CEO of Chopin Airport, Michał Kaczmarzyk.

Tokyo is the first long-haul connection, launched after the formal completion of the restructuring process within LOT, which happened at the end of 2015. It is also the second Asian route, after Beijing, in a regular flights schedule of LOT. The Polish carrier flies also to Chicago, New York and Toronto.