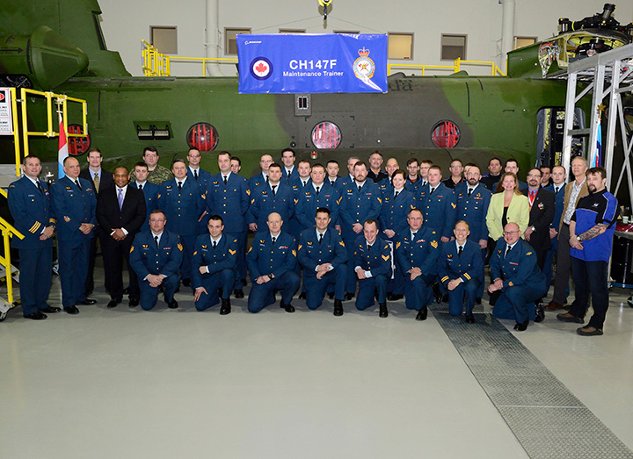 In 2013 and 2014, The Royal Canadian Air Force (RCAF) took delivery of 15 new Boeing-built CH-147F Chinook helicopters, among the most capable and advanced variants of the legendary Chinook family. Now, the RCAF and Boeing have unveiled an equally advanced training facility for those helicopters.

The Medium-to-Heavy Lift Helicopters (MHLH) Maintenance Training Center at Garrison Petawawa, Ontario is a world-class facility that has already begun enhancing the skills of maintenance personnel responsible for the readiness and support of the RCAF’s CH-147F fleet. The formal grand opening comes shortly after an initial class of eighteen technicians graduated from the center’s first RCAF-led training courses.

On June 30, 2014, Boeing celebrated delivery of the 15th CH-147F to the RCAF, completing the MHLH order on budget and ahead of schedule. Boeing training and support have been essential elements of the MHLH program since its beginnings.