Russian Helicopters, a subsidiary of Oboronprom, part of State Corporation Rostec, congratulates the employees of Ulan-Ude Aviation Plant (UUAP) on the significant occasion of the plant’s 75th anniversary.

“Today we celebrate the anniversary of a unique enterprise, the only plant in the country to have brilliantly mastered the production of both airplanes and helicopters. In 75 years of activity here, we have built more than 8,000 different aircraft,” Russian Helicopters CEO Alexander Mikheev said in his message to the plant’s staff. “UUAP occupies a key position in the Russian helicopter industry. The company has continued to grow successfully: over the last five years, the number of helicopters produced has doubled, while sales of spare parts and services has more than quadrupled. On behalf of the Russian Helicopters team, congratulations to UUAP on your anniversary! I wish the staff of the enterprise good health, optimism, boundless energy and continued success!”

UUAP traces its history back to 1939, with the creation in Ulan-Ude of Aircraft Repair Plant No. 99, where I-16 fighters and SB bombers were repaired. During the Second World War, the factory produced various models of fighter planes. 1956 marked a new page in the history of the enterprise: the era of helicopter manufacturing. The first models produced were coaxial helicopters developed by the Kamov design bureau: the Ka-15, Ka-18 and Ka-25. In 1970, UUAP began production of the Mi-8, the world’s most popular helicopter, designed by the Mil bureau. The now legendary Mi-8 is produced in a variety of different models and distributed to many countries around the world.

In the 1990s, the company began production of an upgraded version of the Mi-8 helicopter – the Mi-8AMT / Mi-171 – and later a military transport helicopter, the Mi-8AMTSh / Mi-171Sh. These helicopters are in service in a number of countries in South-East Asia, the Middle East, North Africa, Latin America, Eastern Europe and the CIS. In total, UUAP has produced more than 4,000 Mi-8/17 helicopters in different versions for domestic customers and for export.

UUAP is a modern high-tech enterprise, which produces around 100 Mi-8/17 helicopters per year. The enterprise is actively upgrading its production capabilities and investing in social projects. UUAP is the largest employer in Ulan-Ude, and a major contributor to the socio-economic development of both the city and the surrounding region. In 2013, the plant paid about RUB 4 billion in taxes to budgets at different levels; payments to the consolidated budget of Buryatia increased by more than RUB 1.5 billion from 2012, and amounted to approximately USD 2.7 billion. Today, the plant today employs more than 6,500 people.

Given the importance of Russia’s national defence programs, UUAP works hard to meet state defence orders, with some batches of helicopters delivered well ahead of schedule. Under its contract with the Defence Ministry, UUAP supplies Mi-8AMTSh military transport helicopters, and is preparing to produce an upgraded version. The plant also produces helicopters for export: for example, in July 2014, the company completed delivery of a large batch of Mi-171E under a Rosoboronexport contract in China.

UUAP offers customers more than just helicopters. Operators can take refresher courses and pilots and technical personnel can receive more training at the plant’s Aviation Training Centre. This program includes theoretical courses and classes on an integrated Mi-171 simulator, which allows trainees to practice the full spectrum of piloting and navigation: in different flight modes, all weather conditions, and in the event of pilot error and other emergency situations. Operators of Russian helicopters in China have already taken this training course, and Mongolian crews began their studies in July.

Today UUAP is involved in developing the helicopters of the future, including prototypes of the new medium multirole Mi-171A2, currently being tested. All subsequent modifications of Mi-8/17 helicopters will be built using the solutions incorporated in the design of the Mi-171A2. 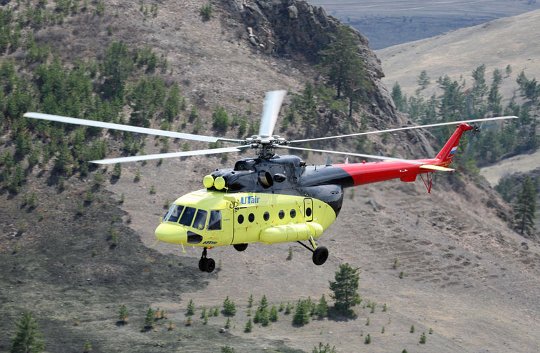