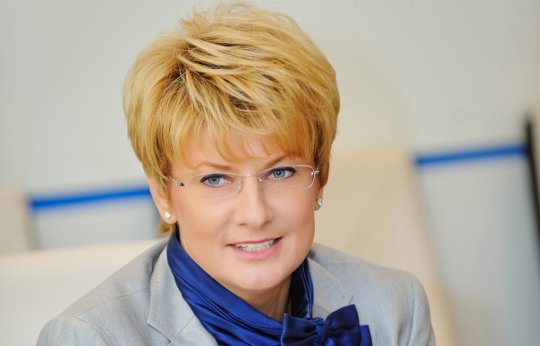 CEO of Transaero Airlines Olga Pleshakova tops the ranking of the 50 most powerful business women in Russia, recently published by the Russian business magazine Kompania (Russian for “company”).

The annual ranking has been published by the magazine since 2010. The publication time is traditionally linked to International Women’s Day. The results of this year’s ranking were based on the average estimated score, awarded by individual experts on a 100-point scale, of key women’s power and influence in business. The poll carried out by Kompania involved more than 20 experts from the business community.

“Aviation is an area where leadership is proved by actual accomplishments”, Olga Pleshakova stated to journalists from Kompania magazine when commenting on the ranking results. “What I like about this job is that it enables me to use my individual and professional potential. The results achieved are recognized in Russia as well as on an international level. Moreover, what appeals to me is the fact that millions of people make the choice to favor the use of the airline that I lead. This demonstrates and justifies the high level of confidence we have when carrying out our work every day and every hour”.

Under her leadership Transaero’s passenger turnover has increased 52 times. The airline has secured its position among the top 10 largest airlines in Europe and top 30 carriers in the world in terms of passenger turnover. Transaero has become the operator of the largest fleet of widebody aircraft in Russia, the CIS and Eastern Europe.

Olga Pleshakova has been awarded with the honorary degree “The honored transport industry worker of the Russian Federation”; Medal “For Honour and Valiance”; Order of Saint Olga; Order “Patron of Arts”; Medal “In Commemoration of the 850th Anniversary of Moscow”; St. Petersburg Governor’s Certificate of Merit; Oryol Region Governor’s Certificate of Merit and “Air Transport Expert” Award Pin. She is a member of the General Committee of the Chamber of Trade and Commerce of the Russian Federation and a member of the Public Chamber of Moscow.

Olga Pleshakova has been featured in a number of rankings of the most influential women in business. In 2012 and 2013 she was the only Russian representative to be included in the ranking of the 50 Most Powerful Women in Business by Fortune magazine.