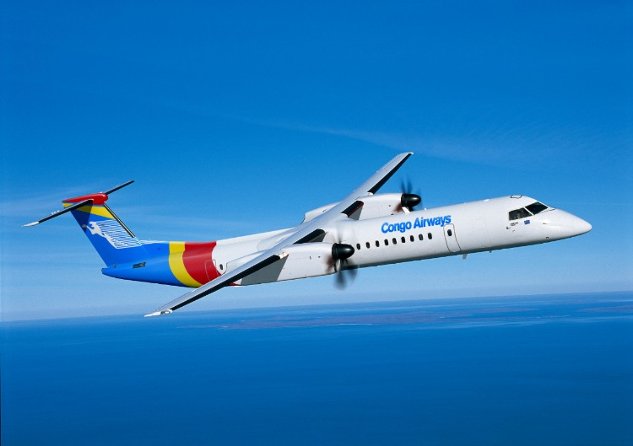 Bombardier Commercial Aircraft today welcomed Kinshasa-based Congo Airways, the flag carrier of the Democratic Republic of the Congo, to the family of Q400 aircraft customers and operators.

The airline, which started operations in October 2015, joined the Q400 aircraft family when it launched service with a previously owned 76-seat aircraft that was acquired from a third party.

“Since our inception, we have been looking at aircraft that would allow us to access new routes and destinations that are not currently serviceable by the larger aircraft in our fleet. The technologically advanced Q400 turboprop will help us open routes, increase passenger traffic and contribute to the Democratic Republic of the Congo’s overall economy and development,” said Claude Kirongozi, Chief Executive Officer, Congo Airways. “The Q400 aircraft complements our fleet portfolio, growth strategy and operations, while providing excellent passenger comfort.”

“We welcome Congo Airways to the Bombardier family and congratulate the airline on the entry-into-service of its first Q400 aircraft,” said Colin Bole, Senior Vice President, Commercial, Bombardier Commercial Aircraft. “In Africa’s hot, topographically diverse landscape, the Q400 aircraft has consistently proven that it has the capabilities needed to operate effectively and efficiently. The Q400 aircraft’s speed allows it to cover large distances with jet-like performance while maintaining the most competitive operating cost per seat. With arid environments in the north; humid conditions in the sub-Saharan regions; and challenging airports located at higher elevations or with unpaved runways, a diverse group of African operators is finding that the Q400 aircraft is an adaptable platform and an excellent asset.”