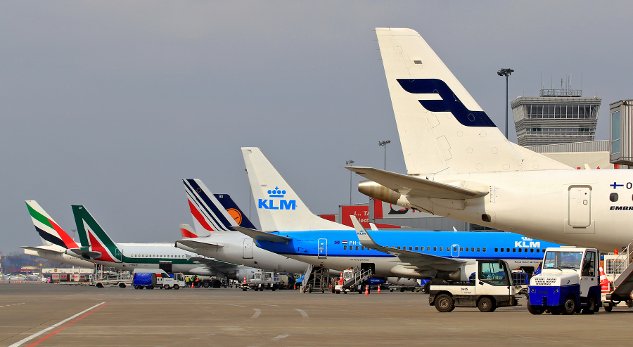 23 new connections and 108 destinations in the network of scheduled routes – this what summer flight schedule 2016 in Chopin Airport will look like. It is a record-breaking season in the history of Warsaw airport.

The network of connections from / to Warsaw has never been so wide. During the summer carriers offering scheduled connections will operate direct flights on at least 108 routes to 45 countries on three continents. Such a rich offer is mainly due to the two largest carriers operating at Chopin Airport: LOT Polish Airlines and Wizzair.

In the summer season, LOT will also increase the number of flights on the route from Warsaw to Kiev: from 12 to 14 per week, as well as from Warsaw to Tel Aviv from 5 to 7 per week.

The carrier also plans to replace two of the six based on a Chopin Airport Airbus A320 machines with 180 seats with larger A321 model with 230 seats. This will allow an increase in the frequency of flights and offering on the routes, which currently are the most popular among passengers travelling from Warsaw to London Luton (26 flights from 23), Stockholm Skavsta (7 from 6) Budapest (7 from 6) Oslo Torp (7 from 5) Doncaster (4 from 3), Kutaisi (3 from 2) Birmingham (3 from 2), Catania (2 from 1).

Norwegian Air Shuttle on March 29th re-open connections to Barcelona and Madrid (3 times a week). During the summer season two brand new carriers will appear: Greek Ellinair launches flights to Heraklion – June 2nd (once a week), and from June 7th – to Thessaloniki (once a week). On June 18th Air Canada Rouge will make the first flight on the Toronto-Warsaw route.

It is worth mentioning that from March 27th the offering from Kiev and Warsaw will increase, as the Ukraine International Airlines adds to this route five days a week rotation (second flight a day on weekdays). From July 1st Qatar Airways will operate its flights between Doha and Warsaw on wide-A330 aircraft with 240 seats, which will replace the smaller A320 (144 places).

– The large number of new routes and connections gives us reasonable hope for another record result of Chopin Airport. While in 2015 for the first time we have handled 11 million passengers, in 2016 – unless anything unforeseen happens – we can handle more than 12 million passengers. This puts Chopin Airport at the forefront of the largest airports in Central and Eastern Europe and guarantees the passengers from all over the region convenient connections to all over the world – says Mariusz Szpikowski, director of Chopin Airport.

In total, during the Summer 2016 season, Chopin Airport will handle direct scheduled services to and from 108 destinations in 45 countries on three continents. The connection network includes additionally at least 50 destinations in charter traffic. At the Chopin Airport there are 35 carriers offering scheduled services and 18 carriers offering passenger charter flights.