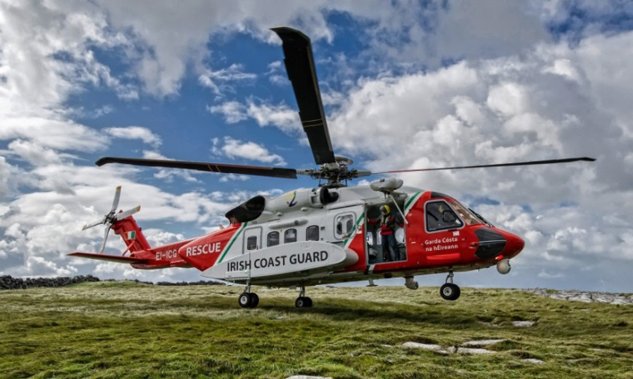 The Irish Coast Guard in partnership with CHC Helicopter completed more than 1,000 search and rescue (SAR) missions in 2015 with a fleet of five Sikorsky S-92® helicopters. The milestone, an increase of 12 percent on the previous year, tops the 2014 record of 914 missions, and is the first time since 1991 that the Irish Coast Guard achieved 1,000 missions in a single year. Sikorsky is a Lockheed Martin company (NYSE: LMT).

CHC is performing to a 10-year contract awarded in 2010 to provide S-92A SAR helicopters, crew and maintenance services on behalf of the Irish Coast Guard from bases in Dublin, Shannon, Sligo and Waterford.

„High aircraft availability is one of the main reasons behind the high number of missions. This year we achieved in excess of 96 percent 24/7 operational availability at 15 minutes' notice (0730 to 2130) and 45 minutes' notice thereafter at all of our four bases, which is an exceptional achievement,” said Director of the Irish Coast Guard Chris Reynolds. „The Coast Guard operates one of the world’s most sophisticated search and rescue services in the world. We are very proud of the service that is delivered by a very special team of men and women dedicated to saving life anywhere in Ireland and in all weathers.”

CHC’s S-92 SAR aircraft can cruise at 145 knots/166 mph, and can fly for over four hours without refueling. On-board state-of-the-art technology includes:

CHC and Sikorsky share a close relationship supporting SAR service in Ireland since 2005, initially with a fleet of six S-61N all-weather SAR helicopters. This contract replaced all military and civil supported coastguard missions for the first time and established a stand-alone SAR service from the same four bases from which the five S-92 aircraft now operate.

Sikorsky has delivered more than 275 S-92 helicopters to customers throughout the world. The fleet has accumulated more than 950,000 flight hours. S-92 aircraft perform a variety of missions, including transportation for the offshore oil and gas industry, search and rescue, and a variety of transportation missions for head of state, utility and airline passengers.