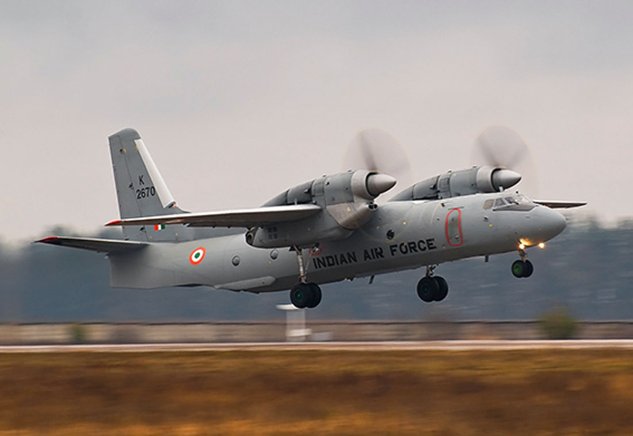 On November 19, 2015, five modernized AN−32RE light military transports were passed to Indian Air Force. It was a final batch completing works on overhaul, modernization and service life extension of 40 airplanes. According to the contract’s terms, the 8th batch of the aircraft was modernized at SE Plant 410 of Civil Aviation with active participation of ANTONOV Company, the aircraft designer, and more than 20 other enterprises.

In accordance with the contract, 65 AN−32s have to be overhauled and reequipped into the AN−32RE model at BRD−1 plant of Indian AF in Kanpur with participation of Ukrainian enterprises. Till present, two airplanes were upgraded at this plant. Nowadays, Indian specialists are working on four such airplanes.

The contract on repair and modernization of 105 AN−32s of Indian AF between Ukraine and India was signed on June 15, 2009. State Self−Supporting Foreign Trade Company SPETSTECHNOEXPORT, subsidiary of UKROBORONPROM State Concern, was selected as the main contractor from Ukrainian party. ANTONOV Company, SE Plant 410 of Civil Aviation, which also included into UKROBORONPROM State Concern, became the subcontractors.

AN−32 light transport was developed by ANTONOV Company on the order of Indian AF. It can be operated in various climatic conditions including hot climate (up to +55oC) and owing to high thrust−to−weight ratio it is capable of operation from/to the elevated airfields (up to 4500 m above sea level) with difficult approaches. Often AN−32s are the only aircraft able to provide connection between mountain settlements and big cities. The AN−32 deliveries were started in 1984.

The decision on the AN−32 modernization was taken because of lack of the proper replacement. Owing to high manoeuvrability and reliability the AN−32 was called as “Silver horse” in India.