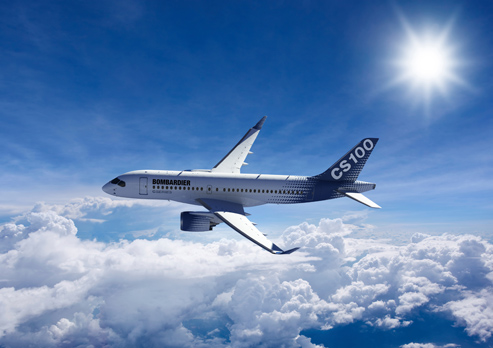 „We are executing to plan and are in the final stage before obtaining the CS100 Type Certificate from Transport Canada,” said Fred Cromer, President, Bombardier Commercial Aircraft. „I heartily congratulate the many employees, suppliers and customers that have worked together to bring us all to this important milestone.”

„The completion of the CS100 aircraft’s flight test program and the aircraft’s pending certification by Transport Canada fills us with a great deal of satisfaction and pride,” said Rob Dewar, Vice President, C Series Aircraft Program, Bombardier Commercial Aircraft. „It is also very gratifying to see the CS100 aircraft conducting its route proving exercises and touching down at airports across Canada and in the U.S. We have already started to see increased excitement and interest in many communities as our all-new C Series aircraft – the first new aircraft produced for the 100- to 150-seat segment in the last three decades – prepares to enter service with SWISS in the first half of 2016.”

Since starting route proving, on November 7, 2015, the CS100 aircraft has made stops in Mirabel, QC; Toronto, ON; Montreal, QC; Windsor, ON; Thunder Bay, ON; Moncton, NB; Halifax, NS; St-John’s, NL; Calgary, AB; and Regina, SK. In the U.S., the aircraft has visited Denver, CO; Wichita, KS; Boise, ID; Chicago, IL; Minneapolis, MN; Fort Lauderdale, FL; Dallas-Fort Worth, TX; New Orleans, LA; Nashville, TN; Seattle, WA and Raleigh/Durham, NC. The route-proving flights, which are being conducted using typical airline flight routings and operational procedures, are scheduled to include approximately 15 city pairs in Canada and 20 in the U.S, before moving on to Europe.