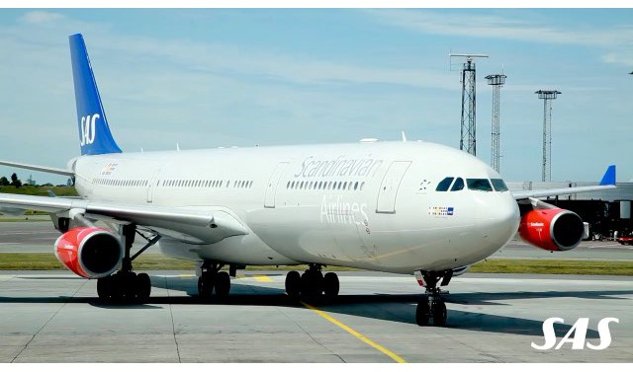 SAS is the first European airline to fly the new long-haul Airbus A330-300 Enhanced. The first commercial flight leaves today from Copenhagen to Chicago. SAS continues to strengthen its intercontinental offering with new aircraft and the launch of new routes to destinations with high demand.

SAS’s thirteenth and newest long-haul aircraft, Tore Viking, is flying from Copenhagen to Chicago on Monday, September 21, with a departure time of 3.40pm. This is the first of four new A330-300 Enhanced that will be added to the SAS fleet over the next six months. Another aircraft will be delivered in September and the remaining two in 2016. From 2018, deliveries will also commence of SAS’s new Airbus A350-900. The new aircraft enable SAS to improve its offering to customers and to fly longer distances with lower fuel consumption.

“We are pleased to welcome our passengers on board our new A330-300 Enhanced. We are making significant investments in our fleet and at the same time launching new routes, giving us the strongest range of services to United States and Asia from Scandinavia. We are also lowering our fuel consumption as the new aircraft are delivered, which will help to reduce our fuel emissions,” says Rickard Gustafson, President and CEO of SAS.

The materials and color scheme in the cabin of the new aircraft have been carefully chosen to create a calm and welcoming atmosphere. All through the cabin, mood lighting provides a pleasant environment throughout the journey. The seats in SAS Go and SAS Plus are designed to provide good storage and create extra space. SAS Business has direct access to the aisle and seats that can be fully reclined into a bed position. The beds feature linen from Hästens, ensuring passengers sleep well. There is also a new in-flight entertainment system throughout the cabin, offering HD screens and wireless Internet access. SAS is also updating its existing long-haul aircraft with the same new cabin interior in 2015 and 2016.

“We have received very good feedback on the new cabin from our passengers, who have praised the new seats and in-flight entertainment system. Frequent travelers in Scandinavia have high expectations when they travel, which is why we are constantly developing our offering to best meet their needs,” says Rickard Gustafson.

The first new A330-300 Enhanced will the first month operate the route between Copenhagen and Chicago and will then fly from Stockholm to Hong Kong and Chicago.