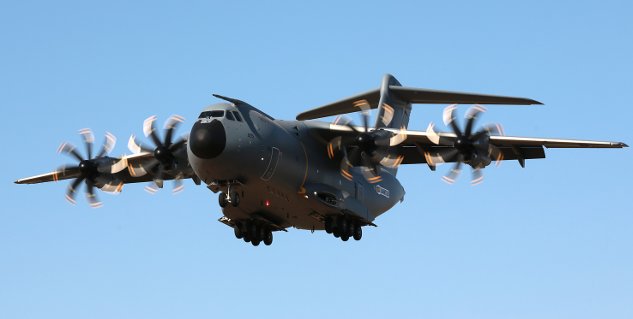 Airbus Defence and Space today (15.09) welcomed the decision of the UK Ministry of Defence to declare that the key contractual milestone known as In-Service Delivery (ISD) has been met following the handing-over of its seventh Airbus A400M new-generation airlifter.

The transfer of the aircraft, known as Atlas in UK service, means that the Royal Air Force now has four A400Ms in day-to-day service at Brize Norton and three undergoing installation and testing of the UK-specific Defensive Aids Sub-System (DASS).

Operating data shows that the RAF A400M fleet is achieving excellent in-service results, and will pass 1,000 hours flying this month, with the first RAF aircraft about to become the A400M global fleet leader in terms of flight-time. The aircraft are achieving a mission success rate in excess of 90%.

The RAF’s Deputy Commander Capability, Air Marshal Sir Baz North said: “This significant milestone is an important achievement in the A400M Atlas’ contribution to the Royal Air Force’s operational air transport inventory. Over the last 5 years the service has been able to recapitalise its air transport Fleets into an agile and adaptable capability, delivering a modern and highly reliable Air Mobility force for UK defence.”

Richard Thompson, Head of Military Aircraft UK, Airbus Defence and Space said: “We have been steadily building a robust and stable Atlas operation at Brize Norton which is showing extremely promising results. Now we are absolutely focused on delivering the enhanced military capabilities that will enable the aircraft to fulfill its full potential.”