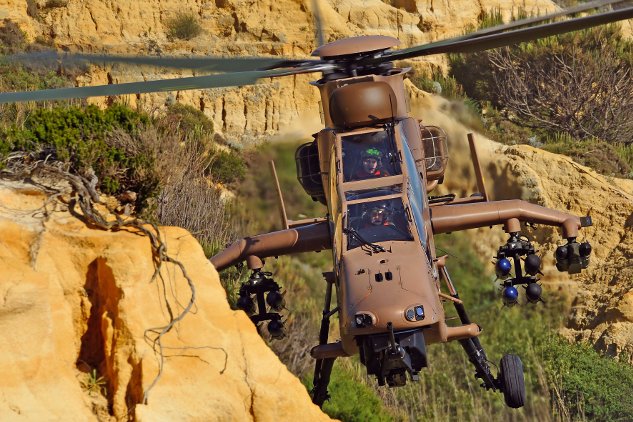 Airbus Helicopters has announced that the Tiger will give its first dynamic presentation in Poland, a week before being displayed for the second time at the 23rd edition of MSPO in Kielce.

The combat helicopter that will perform the flight demonstration is a Tiger HAD from the French Army. It is a modern, combat-proven, high-tech helicopter with the first all-composite structure, one of the latest glass cockpits and a full range of armament allowing it to successfully fulfill multiple missions such as attack, escort, ground fire support, armed reconnaissance and combat.

With its flat and narrow silhouette the Tiger HAD’s advantages include low detectability, low vulnerability, high survivability, high agility and maneuverability making it the attack helicopter best adapted to both symmetric and asymmetric battlefields with unique capabilities whether for air-to-ground or air-to-air combat.

It is equipped with an extremely accurate 30mm turret cannon and a range of wing-mounted missiles and rockets together with a highly efficient electronic warfare system giving it unrivaled versatility.

Tiger HAD is navalised and can be fully operated from sea.

The Tiger is a key asset in any deployment whether for direct combat or escort missions. It can be deployed anywhere thanks to its robustness and simplicity of use. The Tiger lives up to its commitments in theaters of operations – it is easy to maintain, does not require heavy infrastructure and has a good level of availability.

Since July 2009, Tigers have been deployed continuously by the French Army in different areas, such as Afghanistan, Libya and Sahel. While deployments in Afghanistan and Libya have come to an end, Tigers are still supporting missions in Sahel, where, despite the hostile operating conditions, the Tiger has shown a very high level of availability and logged more than 2,050 flight hours since the start of deployment in January 2013.

These recent theatres of operations have demonstrated that the Tiger has the lowest maintenance needs of its class and that when operated with a Caracal they form the most lethal duet.

To date, Airbus Helicopters has delivered more than 120 Tiger helicopters to France, Germany, Spain and Australia and the aircraft has accumulated more than 68,000 flying hours.