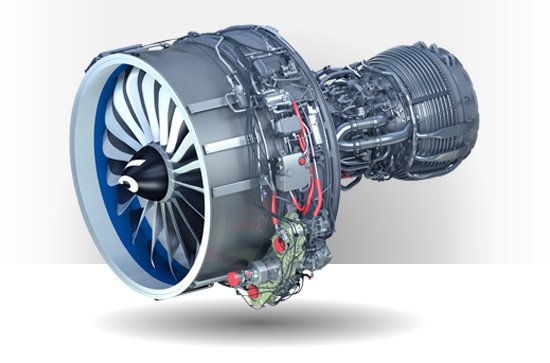 23 July 2015 — In a special ceremony here today, CFM International and Commercial Aircraft Corporation of China, Ltd. (COMAC) celebrated delivery of the first CFM LEAP-1C engine to the aircraft manufacturer. This engine will be installed on the first C919 airplane in preparation for airplane roll out and first flight.

„Delivery of this engine paves the way for the final assembly and rollout of the first C919 aircraft later this year,” said Mr. Wu Guanghui, vice president of COMAC. „We have been very pleased with CFM’s efficient management, strong technology, and professionalism. In addition, the candid collaboration and deep friendship that has developed between the COMAC and CFM teams resulted in a very smooth joint program.”

„It is a great day for the LEAP engine and CFM,” said Allen Paxson, executive vice president of CFM International. „This engine is the culmination of more than six years of hard work between the CFM and COMAC teams and represents the launch of the next exciting phase of the C919 aircraft development. We are honored to be a part of this great program.”

The LEAP engine was officially launched in December 2009 when COMAC selected the LEAP-1C as the sole Western powerplant for its 150-passenger C919 airplane. The engine incorporates a unique, industry-first fully integrated propulsion system (IPS). CFM provides the engine as well as the nacelle and thrust reverser developed by Nexcelle*. These elements, including the pylon provided by COMAC, were designed in conjunction with each other, resulting in a total system that provides improved aerodynamics, lower weight, and easier maintenance.

C919 airplane development has entered a critical phase and final assembly of the first airframe structure is nearly complete. The wind tunnel test, iron-bird test, avionics integration, and power system tests are all progressing well. With the delivery of the first LEAP-1C engine and the hydraulic systems, the installation of the airborne systems will begin soon. The first C919 is scheduled to roll out before the end of 2015.