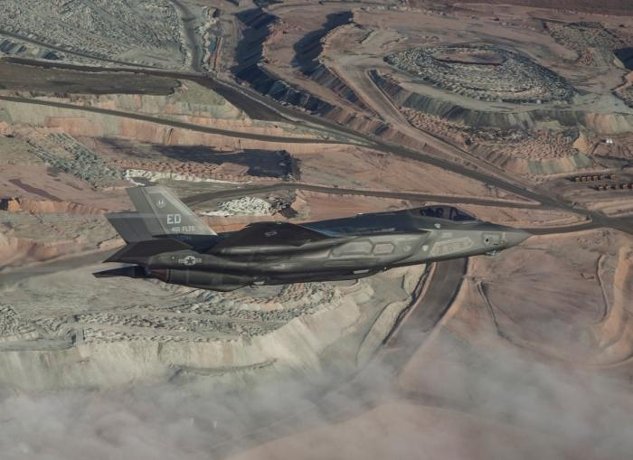 F-35A Lightning IIs from the 31st Test and Evaluation Squadron played the U.S. Army’s primary close air support platform during the latest iteration of the Green Flag exercise, GF 15-08, as the Air Force’s program works toward its goal of declaring initial operational capability by the end of this year.

The exercise, conducted ten times annually on the 1,200 square-mile ranges of the National Training Center at Fort Irwin, California, pits more than 5,000 Army soldiers against simulated enemy forces in a two-week-long pre-deployment trial by fire.

“Green Flag trains us to never become victims of our terrain,” said U.S. Army Maj. Ian Lauer, NTC Operations Group operations officer. “It’s about understanding the context in which we’ll fight and using that understanding to build an aggressive advantage.”

Working alongside soldiers from the 1st Brigade Combat Team, Fort Bliss, Texas, were joint terminal attack controllers assigned to the 7th Air Support Operations Squadron who were are tasked with creating and maintaining that vital link between units on the ground and airpower soaring above.

Intelligent adversaries operating on the ground as well as the air, space, and cyberspace realms are constructed to test the soldiers and Airmen on their ability to persist and fight back in joint, multifaceted attacks.