British forces have continued to conduct air operations to assist the Iraqi government in its fight against ISIL.

On Friday, an armed reconnaissance patrol of GR4s investigated a reported ISIL position near Rawa in western Iraq.

An observation tower and nearby equipment were located and attacked with Paveway IV guided bombs.

On Sunday, 2 Tornados were on reconnaissance when Iraqi troops reported coming under fire from terrorists in the vicinity of Bayji.

The RAF aircraft responded rapidly, and when they arrived on the scene were able to spot the ISIL position.

Since the target was in a built-up area, a very careful assessment was made in cooperation with another coalition surveillance aircraft, and the aircrew used the small and extremely precise Brimstone missile to carry out a successful attack which struck the enemy position. 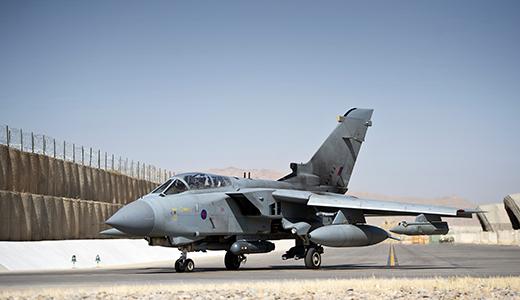