With MBDA entering into active negotiations with various export prospects regarding CWSP (Compact Warfare System Package) systems, the company has decided to give the product a commercial name. As of now, CWSP will be included in MBDA’s portfolio of products and marketed as SEA RANGER.

SEA RANGER is a combat system based on the most recent missile additions to MBDA’s product range. It is aimed at vessels having responsibility for the safety and security of highly sensitive coastal zones or for providing logistics ships with an effective means of self defence. The system is provided as a turnkey solution by MBDA, integrating the radar and optical sensors as well as a command, control and communication system (C3S) allowing for the optimal deployment of SEA RANGER’s air defence and anti-ship missiles in complex environments.

Calling on its extensive experience in naval combat systems, MBDA is taking responsibility for the full integration of the system on board the relevant vessel and also for providing full customer support in assuring the effective carrying out of the project.

Based on a modular architecture, SEA RANGER can be configured in line with the missile systems to be integrated : for air defence, the MISTRAL system comprising one to four SIMBAD-RC automated turrets (first deliveries of SIMBAD-RC are scheduled for 2015); and for anti-surface warfare in the littoral, the short range anti-ship system, BRIMSTONE, for countering saturating attacks carried out by FIACs (Fast Inshore Attack Craft) or the medium range anti-ship system, MARTE Mk2/N, capable of dealing with intermediate sized vessels. 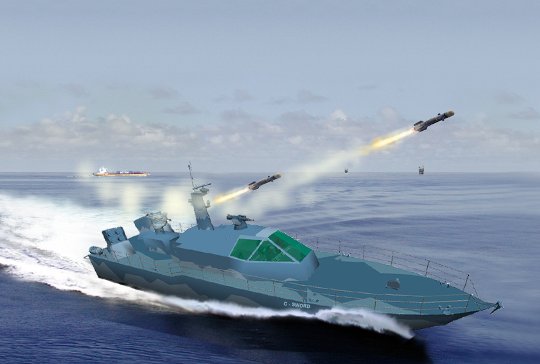