Airbus Defence and Space has performed the first air-to-air refuelling of the Airbus A400M new generation airlifter from the A330 MRTT Multi Role Transport Tanker. In the course of four flights, by day and night, in southern Spain, the A400M received more than 80 tons of fuel in 100 “wet contacts” from a Royal Air Force Voyager version of the A330 MRTT using the tanker´s Fuselage Refuelling Unit. The trials follow dry contacts conducted in an earlier test-phase and support the A400M´s capability to conduct extremely long-range non-stop deployments. The photo shows the two aircraft framed by the wing of an F-18 chase aircraft. 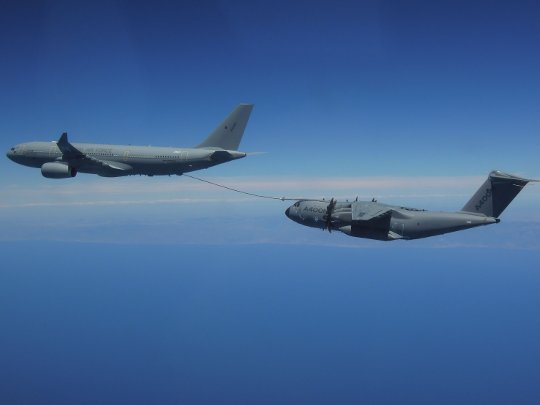 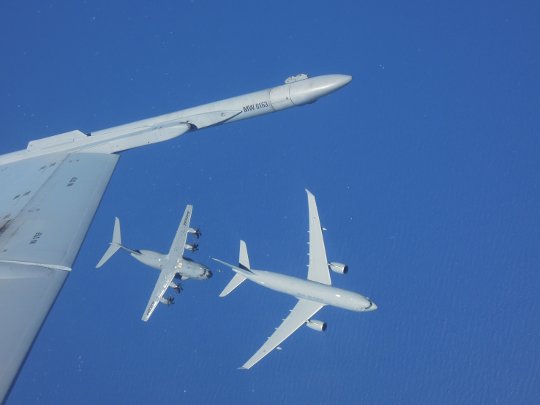