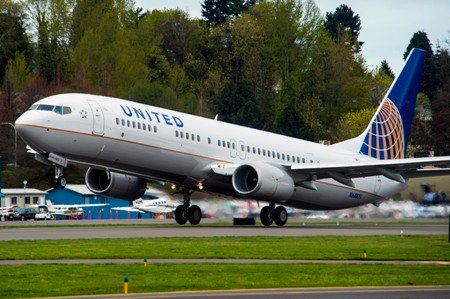 United Airlines and United Express operate an average of more than 5,200 flights a day to 369 airports across six continents. In 2013, United and United Express carried more passenger traffic than any other airline in the world and operated nearly two million flights carrying 139 million customers. United operates nearly 700 mainline aircraft and, in 2014, will take delivery of 35 new Boeing aircraft, including the B787-9 as the North American launch customer, and will welcome 27 new E175 aircraft to United Express. The airline is a founding member of Star Alliance, which provides service to 195 countries via 26 member airlines. More than 85,000 United employees reside in every U.S. state and in countries around the world. For more information, visit united.com, follow @United on Twitter or connect on Facebook. The common stock of United’s parent, United Continental Holdings, Inc., is traded on the NYSE under the symbol UAL.