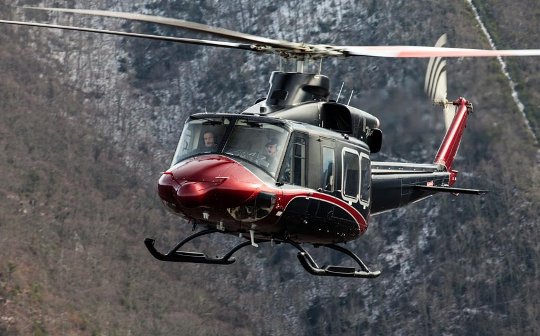 Bell Helicopter, a Textron Inc. company (NYSE: TXT), announced it has signed a purchase agreement with the Canadian Commercial Corporation (CCC) for eight Bell 412EP helicopters. The aircraft will be delivered to the Philippine Department of National Defense (DND) fully configured and equipped with advanced features to meet the DND’s modernization requirements.

“We chose the Bell 412EP because of its versatility and performance in extreme environments,” said Undersecretary Fernando I. Manalo from the Philippine Department of National Defense. “We are looking forward to the delivery of the first three aircraft in time for the Philippines to host the Asia Pacific Economic Cooperation Summit in 2015.”

The Philippine Air Force has operated derivations of the Bell UH-1H since the late 1960s, and since 1994 when they received their first two Bell 412s.

The contract was negotiated under the umbrella of a Memorandum of Understanding (MOU) between the CCC and the Philippine Department of National Defense for the purchase of defense and military related materials and services. Prime Minister Stephen Harper announced the MOU in November 2012.

“The CCC is pleased to be once again partnering with Bell Helicopter, a Canadian manufacturer of world-class aircraft and the choice of many nations’ air services the world over,” Marc Whittingham, President and CEO of the CCC said. “This latest contract with the Philippine Government highlights the long history of collaboration between the CCC and Bell Helicopter to provide cost-effective government-to-government contracting solutions for highly advanced aerospace products.”

The Bell 412EP is the cornerstone of mission critical helicopter operations throughout the world, able to reliably perform in some of the most extreme climates on the planet. The Bell 412EP offers dual digital automatic flight control system with available IFR option and excellent Category A/JAR OPS 3 capability. With a cruise speed of 140 knots (161 mph), range of 358 nautical miles (412 miles) and an expansive cabin able to comfortably accommodate 14 passengers and one crew member, the Bell 412EP easily fits multiple mission criteria.

The Bell 412EP is also backed by Bell Helicopter’s industry-leading customer support and service, ranking #1 in Professional Pilot magazine for 20 consecutive years as well as #1 in Aviation International News for eight consecutive years.