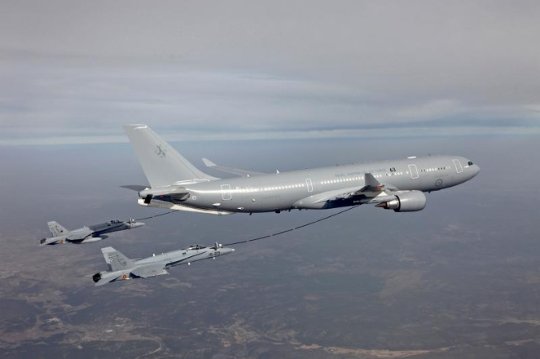 Airbus Defence and Space has been selected by Singapore to supply six A330 MRTT new generation air-to-air refuelling aircraft for the Republic of Singapore Air Force (RSAF).

The aircraft will be delivered under the terms of a firm contract which has already been signed.

Singapore’s choice of the A330 MRTT makes it the sixth nation to select the type following Australia, Saudi Arabia, the United Arab Emirates, and the United Kingdom which have ordered a total of 28 aircraft, and India which is in the final stages of contractual negotiations for six aircraft. A total of 17 aircraft are currently in service with the first four nations.

The A330 MRTT is derived from the highly successful A330 commercial airliner and proven in-service as a tanker/transport with multi-role capability.

Airbus Defence and Space Head of Military Aircraft, Domingo Ureña Raso said: “We are greatly honoured by the selection of the A330 MRTT by Singapore. The decision confirms the A330 MRTT’s status as unquestionably the world’s most advanced tanker/transport aircraft as well as its pre-eminent suitability for the Asia-Pacific region.”