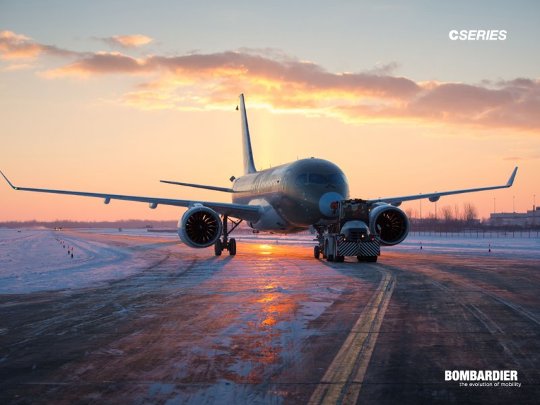 Bombardier Aerospace announced today that an existing customer, which has requested to remain unidentified at this time, has placed a firm order for an additional three CS300 aircraft.

Based on the list price of the aircraft, the firm order for the three CS300 aircraft is valued at approximately $228 million US.

„With its outstanding attributes – including reduced noise and emissions – the CSeries aircraft provides immense opportunities for established, as well as new airlines, to grow and develop new markets. We are therefore thrilled that one of our existing customers is confidently ordering more aircraft and has pushed our firm-order tally beyond the 200th order milestone,” said Mike Arcamone, President, Bombardier Commercial Aircraft.

„The CSeries program is quickly generating increased interest from existing and prospective customers as the flight test program has ramped up with the first two flight test vehicles, FTV1 and FTV2 well into their flight and ground tests. Additionally, in early February, FTV3 was handed over from our production team to the flight test team and we anticipate it will start flying soon,” added Mr. Arcamome. „As of today, we have more than 10 aircraft in various stages of testing and production, and together with the key components being manufactured at our partner sites for aircraft that follow, the CSeries aircraft program is progressing steadily.”