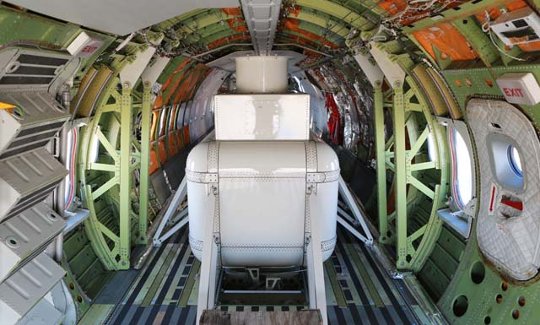 Airbus Military has completed a second round of tests of its prototype C295 firefighting aircraft which will provide detailed data on the performance of its water dropping system.

Following earlier testing of the system, the company conducted seven water drops at a special range near Cordoba, Spain using ground equipment designed to measure the dispersal pattern of the water.

The trials were successfully completed and showed good initial promise, confirming the aircraft’s highly satisfactory handling during the drop procedure. In the coming weeks the data will be examined in detail to enable decisions to be taken on the final configuration of the C295 firefighter.

In the trials the aircraft carried one 3,500 litre tank and the water was gravity-ejected through two dispensers in the belly.

The planned configuration would offer double that capacity with two 3,500 litre tanks being deployed using a roll-on/roll-off system which would permit the aircraft to be used for transport purposes when not required for firefighting duties – greatly increasing its cost-effectiveness.

Jeronimo Amador, Airbus Military HO Market Development, Light & Medium aircraft said: “We are pleased with the progress of the testing we have performed so far and very encouraged by the results. We will now analyse the data in greater detail and intensify our contacts with potential customers interested in the C295 as a firefighter. A roll-on, roll-off solution based on this highly flexible aircraft has excellent potential to address the financial challenges faced by authorities responsible for aerial firefighting worldwide.”