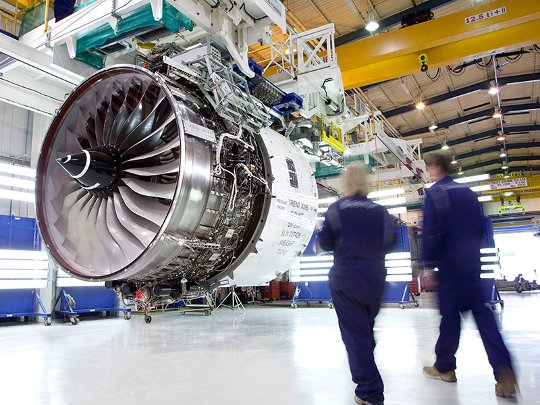 The order takes the total number of Etihad A350 aircraft on order to 62, all powered by the Trent XWB.

James Hogan, Chief Executive Officer, Etihad Airways, said: „We have been very impressed with the Trent XWB’s development during testing and first flight. The engine will enable us to offer new levels of efficiency and will help maintain Etihad’s fleet as one of the greenest in the sky.”

Tony Wood, Rolls-Royce, President – Aerospace, said: „This is a significant order for the Trent XWB from a valued customer. We are delighted that Etihad Airways is continuing to expand its fleet of Rolls-Royce powered aircraft and we look forward to developing our relationship further. The Trent XWB is the largest-selling Trent engine, with more than 1,600 on order prior to entry into service next year.”

The Trent XWB, specifically designed for the Airbus A350 XWB, powered the first test flight of the A350 XWB at Toulouse on 14 June this year.

Etihad has also ordered Trent 700 engines to power one Airbus A330 freighter aircraft with TotalCare support.