More than 700 people celebrated the delivery of the first production A400M new generation airlifter to the French Air Force at a ceremony at the Airbus Military Final Assembly Line (FAL) at Seville, Spain on 30 September. HRH Prince of Asturias, French Minister of Defence Jean-Yves Le Drian, Spanish Minister of Defence, Pedro Morenés, as well as other military authorities from France and other partner nations and OCCAR representatives attended the ceremony along with EADS CEO Tom Enders, Airbus Military CEO Domingo Ureña-Raso and more than 300 Airbus and Airbus Military staff. The aircraft, the first of 50 ordered by France and of a total of 174 on order, will be based at Orleans – Bricy Air Base and initially used for training before being deployed on military and
humanitarian missions. 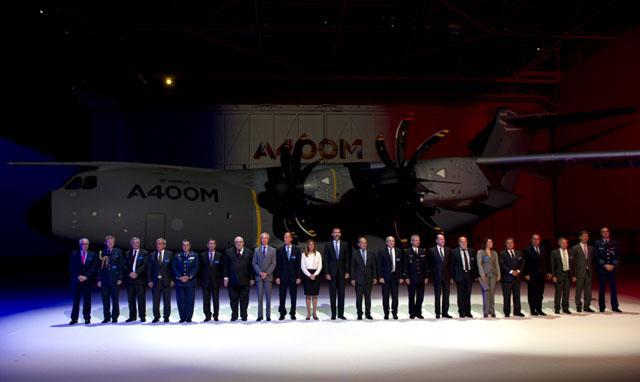