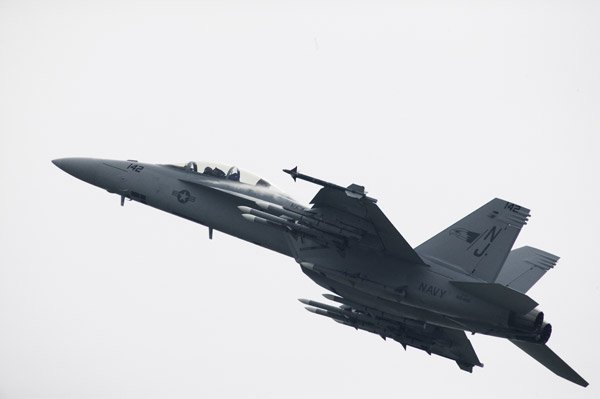 The plan includes an assessment of progress of the Joint Strike Fighter project, the life of the existing 71 ‘Classic’ F/A-18 Hornets, any potential capability gap and management of the Super Hornet and Growler capabilities.

The Classic Hornet fleet, which originally comprised 75 aircraft, entered service in Australia between 1985 and 1990. The fleet has undergone an intensive maintenance program to ensure the fleet is able to operate until around 2020.

In September this year, the Australian National Audit Office (ANAO) completed a performance audit on the management of the F/A-18 fleet upgrades and sustainment. The ANAO found that Defence’s management of the aircraft has been effective thus far in identifying the risks to their continued operation, that effective mitigation measures have been put in place for these risks, and outlined those that will require ongoing close management by Defence.

RAAF currently has a fleet of 24 F/A-18F Super Hornet aircraft. The fleet was introduced between March 2010 and October 2011.

The F/A-18F Super Hornet was a major step forward in technology for Australia’s Air Combat Capability.

The Super Hornet gives the RAAF the capability to conduct air-to-air combat, to strike targets on land and at sea, to suppress enemy air defences and to conduct reconnaissance.

The Super Hornet is vital to ensuring Australia’s regional Air Combat Capability edge is maintained until the introduction into service of the Joint Strike Fighter capability.

Australia will now send a Letter of Request (LOR) to the United States seeking cost and availability information for up to an additional 24 Super Hornet aircraft through the United States Foreign Military Sales program.

The Australian Government has not made a decision to purchase more Super Hornets. The sending of this LOR does not commit Australia to purchase more Super Hornets. It is being sent so that the Australian Government can further consider all options in 2013 with the latest and best cost and availability information. This has been made clear to both US officials and to the Defence industry.